As usual, it has been way too long since I've posted a blog update... Not that nothing is going on with us--there's plenty going on--but it's things like poopy pants and endless colds and sniffles.  And who wants to write about that?  But it's time to check in, so I thought I'd update about what the kids are doing these days.

Lily has gotten through a fairly rough whiny/tantrum/attitude phase and is a sweet and helpful girl these days.  She continues to be my "analyzer", constantly asking questions.  Only as her memory and comprehension have improved, her questions have gotten more detailed.  She tends to ask questions from obscure portions of Disney movies we haven't watched in weeks.  And shame on me if I don't happen to remember "Why Aladdin pushed that mean man?" or "Why Rapunzel wants that funny man to go with her?"!  She's also obsessed with time and asks several times a day how many minutes or days it will take until __________ .  Luckily, she's usually content with a random answer.  Lily is a great big sister and is captivated by Naomi.  She loves making her laugh and taking care of her blanketing and pacifier-plugging needs.

Noah is, as always, full to bursting with joy and enthusiasm.  He is inquisitive and thoughtful, and he loves entertaining Naomi as often as he can.  He continues to be obsessed with anything he can move or manipulate, particularly doors and cabinets.  He can still be difficult to understand, but his pronunciation is slowly improving.  For months he talked at odd moments about "doo-tee man".  I had no idea what he was talking about and assumed he was butchering the pronunciation of something familiar.  Finally, we realized what he meant.  Scott plays a "game" where he walks his pointer and middle finger around pretending to be a man walking.  He walks across tables, falls off ledges, and generally makes the kids laugh in any way possible. We eventually put it together that while Scott does this little act, he sings "Doo-tee-doo-tee-doo..."  We'd found doo-tee man!

Naomi is now four months old, and has continued to be a happy, content baby.  She is a good sleeper at home (though not so much at daycare).  She has rolled over from tummy to back several times, but it's been several weeks since I've seen her do it.  She can alllmost get from her back to her tummy, and isn't too far away from sitting up on her own.  Today we gave her a first taste of solid food, but it was a bit of a fail--she ended up screaming her head off, it made her so angry!  We may try again in a week or two and see if it goes better.

I took Naomi to get her four month pictures taken yesterday.  She performed like a champ, and Mommy even had time to do some shopping while they printed the photos. 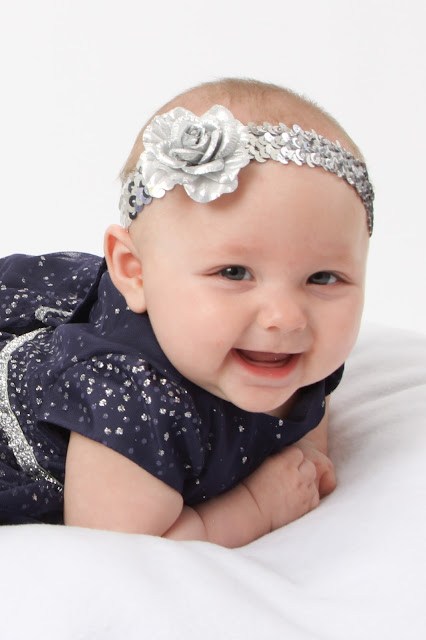 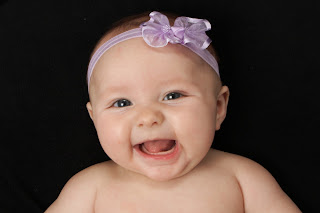 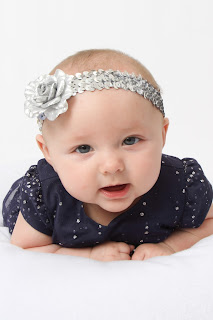 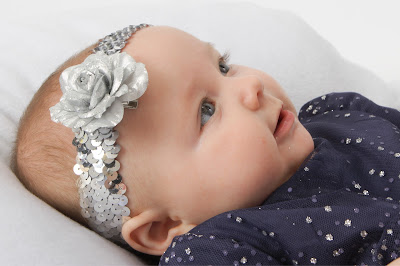 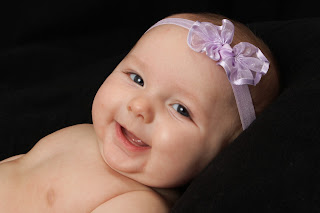 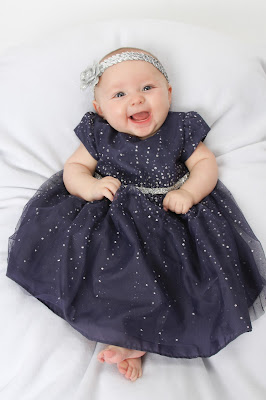 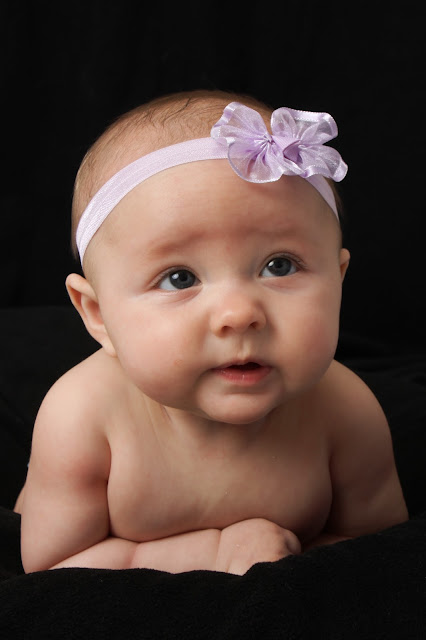