Gus is a Gussie! 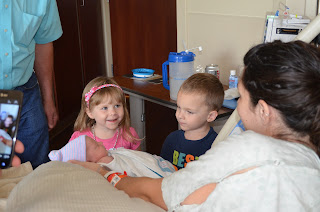 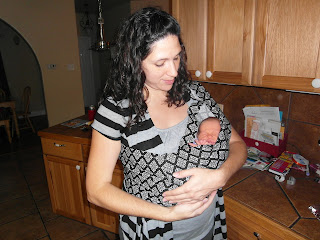 Gemma and Grandad were on call for the birth, and came up and spoiled took care of the twins while Scott and I were in the hospital.  We were so grateful for their help!  Noah and Lily had a great time with them, and it was fun getting to see their reaction to the new baby. And then about 30 seconds later they were ready to go home... thank goodness for electronic entertainment to keep them busy! 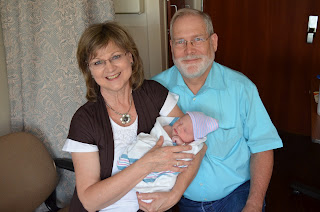 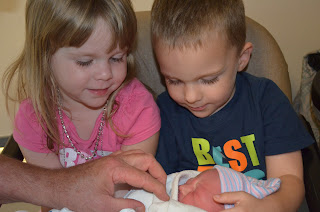 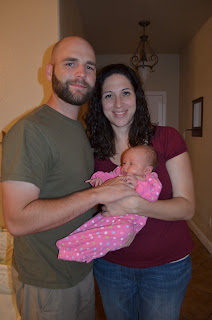 Grandma also came to stay with us for a couple of weeks, and got to do a lot of fun and exciting jobs around our house, including:  laundry, dishes, cooking, and cleaning.  She also managed to be a surrogate mother to the twins for much of the day while Scott and I stayed busy with the new baby.  She got in some grandbaby cuddle time too, though! 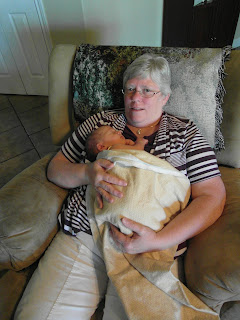 Preschooler shenanigans continue in the Hewitt household.  The kids love dressing up, so there is usually one or more character running around.  Firefighter Noah apparently loves to do Princess Fairy Lily's hair... 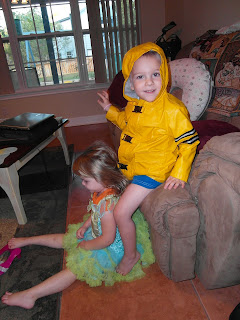 The kids also LOVE to love the baby.  I feel terrible, but I'm always having to tell them to get out of her face, stop pulling on her arms, etc.  Dakota, however, has no such limits and has often served as a stand-in when the baby is inaccessible for torment.  In related news, Lily insists on dressing herself most days--hence the crazy pants.  Her idea of matching is dressing herself in head-to-toe pink as frequently as possible. 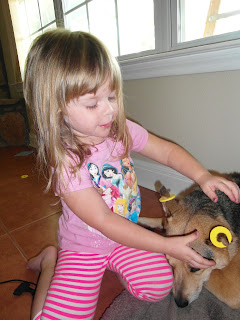 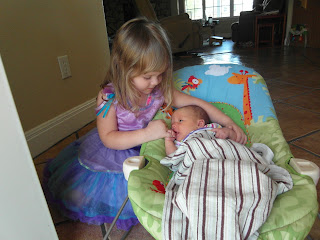 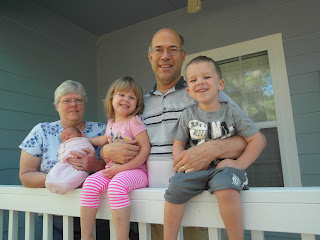 Scott has stayed crazy-busy since Naomi's birth, not only helping take care of her and the kids and growing his family-leave beard, but also making several improvements to the house.  He fixed up the kids' playset by revamping the sandbox and building a new rock climbing wall.  They have spent hours every day since playing outside. 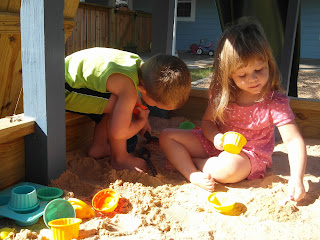 Naomi seems to be a pretty happy baby so far--no colic or excessive fussiness yet, anyway.  She smiles all the time in her sleep (and, lately, at walls and thin air...) so I'm hoping she'll be a happy, smiley baby. 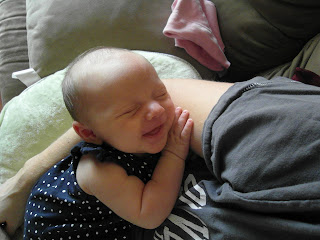 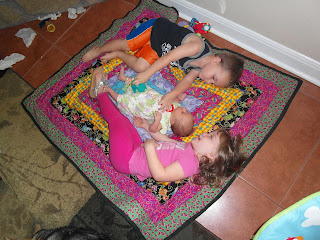 Yay! Congratulations on your new baby. She's adorable! The twins are looking so grown up. I can't believe how big they are now. Very happy for you.

Naomi is so precious! You look great and I am ready to come see you! I love that Lilly likes to dress herself, reminds me of Maddie!